Yet again I'm happy to serve you a team db update which contains all national teams + more...

If you're not familiar with this update - just check out last year's edition before SWOS 2020 era > jump to previous edition .
Please read entire post carefully to get all instructions on how to install and use it (which is not so hard but still there are some points to consider).

Who's this db update for?
This team db is dedicated to anyone willing to play potentially almost every possible national cup or tournament imaginable.
Over 130 teams have been build from scratch to make it possible. I've tried very hard to replicate skill levels. For CONIFA levels are flat but team strength follows CONIFA ranking.

Wait! You mean I can use it to play online?
Of course. You just need to be sure you're using same hdf file while joining the game.

How this update works? Are there any watchouts?
This update will replace CLUB TEAMS with NATIONAL TEAMS. This update is not only about database. Some slight modifications have been done to swos-port-release.exe file (HEX editing). Please bear in mind until it's bundled under TOTAL PACK you're pretty much forced to install and maintain this manually.

Some screenshots from PC version: 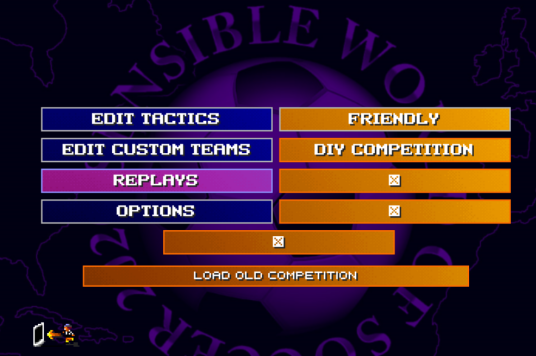 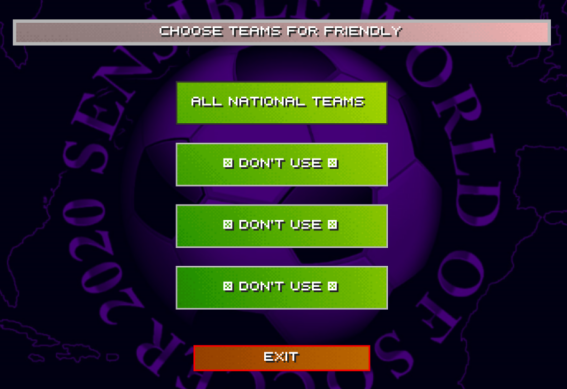 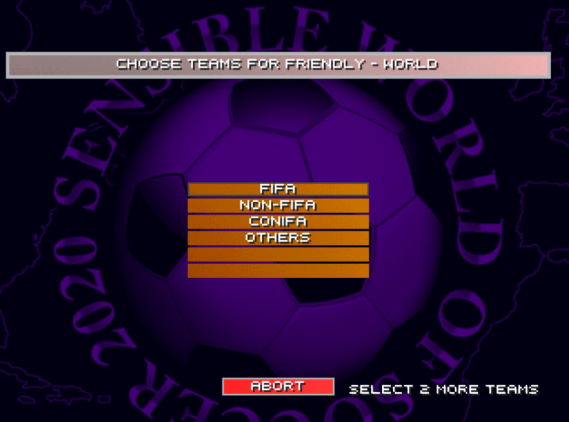 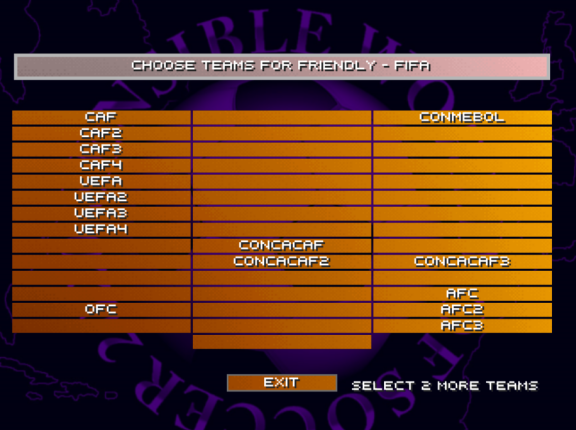 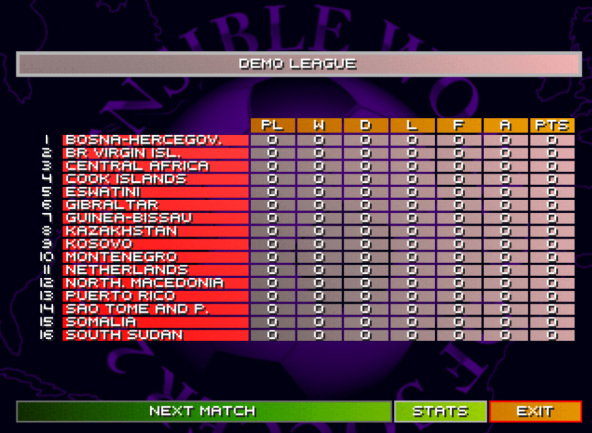 Special thanks to:
Use this topic to address anything related to this patch.
For now I don't expect to update this in near future but in case there's major bug - let me know.

Less More
2 years 3 weeks ago #143477 by Rock and Roll
Replied by Rock and Roll on topic All National Teams Update - FIFA/CONIFA/Other
Brilliant! I'm interested in these things. CONIFA / NF-Board stuff like that. Go Sealand!
I started something like this years ago, just never got around to entering teams, just the research in watching
vague videos of e.g. Abkhazia.

I hope to have a bit more time in a few weeks. If you don't mind, I'll try to find missing players etc.
I like the obscure stuff

Less More
10 months 2 weeks ago #145226 by Lunde_dk
Replied by Lunde_dk on topic All National Teams Update - FIFA/CONIFA/Other
i know this is an old thread,but is it possible to use these teams in the current version of swos2020
as a dlc or other?

Lunde_dk wrote:
i know this is an old thread,but is it possible to use these teams in the current version of swos2020
as a dlc or other?


I think we could add this as teamdb DLC!
The following user(s) said Thank You: Lunde_dk